Date night 👫🏻 at Cask Whisky Vault tonight!  We had a great experience with tasty cocktails 🍸 and a delicious (reasonably priced) tasting menu 😋 Cask Whisky Vault is a new restaurant/lounge that elevates the Richmond restaurant scene to levels previously only seen in downtown Vancouver. Tucked away in a corner of a hotel and part of the brand new Club Versante, finding the front door feels like a secret only those in the know can find. With a little help from the friendly hotel staff, we were led to the lounge and through a double sliding door into a space that can only be described as a high-end tasting lounge. Leather-clad with dark wood tones all around, we recommend sitting at the bar if you come for the food, or on one of their many plush vignettes if you come for the drinks.

We were pleasantly surprised at how tasty all the dishes were since the focus of the restaurant seemed to be on the drinks!  We did want a bit more veggie with our tasting menu, but you can always order more on the side!

The cocktails that we had were delicious!  Everything was unique and well-balanced.  We couldn’t even pick a favorite!  One thing to be aware of, is they are around $18 a cocktail so a bit pricy for the neighborhood.  But in our opinion… worth it!

This new restaurant has a great “lounge-y” vibe and bar area.  There are two unique looking private rooms to hold functions.  There are even liquor lockers in the front of the restaurant which are reminiscent of being in a more exclusive club environment.  We enjoyed it!  The only thing to take note of is that Cask is not connected to the main part of the hotel and may be difficult to locate without asking for directions from the hotel staff.  So you know… the “V” and inverted “V” symbol on the sign outside of the hotel signifies the entrance.

Our bartenders did a great job of recommending food and drinks for us =) One of the bartenders also asked us whether we wanted to do the bone marrow luge – which means having a shot of whiskey in the bone marrow (after its been eaten).  We enjoyed the experience!  However, the wait staff and hostess seemed quite new to the restaurant industry.  We had to ask several times to have our water filled and what some of the dishes were (as they were not described when they were put down).  Since the restaurant is quite new, we think these issues will probably be resolved shortly and will check back again later!

We thought the tasting menu was a great price!  $60 per person brought a lot of food and we were both full at the end of the meal!  The cocktails and drinks are a bit pricier but still worth it for us.

The cask penicillin is made with blended scotch, galangal, ginger honey, lemon and peated scotch. We really enjoyed the balanced flavour of Cask's play on the penicillin. The ginger honey, lemon and peated scotch were a great pairing - even though we don't like peated scotches on their own! There is also an option to elevate your drink with a more high end scotch. The toki tench tea is made with suntory toki, chrysanthemum tea, yuzu, honey, and tencha matcha ice. Another delicious and unique tasting drink. If you are looking for something light and refreshing - this is it! Also, not overly boozy! The cask sour is made with rye, drambuie, calamansi, szechuan peppercorn and eggwhite. We love sours... so really wanted to try this one and it did not disappoint! The drambuie (orange liquor) and calamansi (type of lime) with the peppercorn made for a yummy combination that we haven't tried anywhere else.

The aged shima aji crudo was a cold sashimi like dish with Aji (horse mackerel) pickled beets, white soy cream, scallion oil, white fungus, shiso flowers. The dish came out beautifully plated and was the perfect light start to the meal! The crispy eggplant was served with sansho pepper sanbaizu caramel sesame. It was perfectly deep fried and flavourful! The jumbo prawn tempura was served with wasabi citrus mayo, nori, wasabi tobiko. The prawn was crispy on the outside and moist on the inside. We really enjoyed all three appetizers 😋

The crispy truffle potato okonomiyaki was served with kewpie mayo, katsu sauce, furikake cabbage, bonito flakes. This dish was more reminiscent of a scalloped potato dish as there were thinly sliced potatoes layered densely on top of each other and cut into cubes. We thought the dish was okay but did not really have a strong truffle flavour. The beef tongue skewers were marinaded with fermented soybean and chili, then served with a sesame scallion ginger relish. The tongue was served in cubes on a skewer - really tender and flavourful. Thumbs up for that one 👍🏽. The wagyu beef skewers were marinaded with black pepper kabayaki and served with shishito relish and crispy garlic. The beef could have been more tender. We did enjoy the lamb chop marinaded with korean red chili and served with cucumber goma ae. It had a spicy 🌶 kick which was paired well with the refreshing cucumber 🥒

We really wanted to try this dish as not many places serve bone marrow and it was a recommended dish! The bone marrow was rich tasting (a bit of an oily texture which was expected), flavourful, and just yummy! It had a red miso maple glaze and pickles. It was also served with a furikake milk bun - which was really soft on the inside. Don't forget to try it with a shot of whiskey poured into the bone marrow after you've finished eating. It was a fun experience for us 😆

All the desserts were beautifully plated and presented. For people that don't really enjoy sweet desserts, these were all a perfect end to a great tasting menu! The apple tart (looked like a taco) was a bit sweet, a bit tart, and had a nice hit of cinnamon. Served with vanilla icecream with a little caramel drizzle. The butter cookie sides were also delicious! The 4 small desserts were a yuzu marshmallow, matcha green tea cookie, plum jelly, and dark chocolate truffle. The yuzu marshmallow was unique as it was a tart and fresh tasting marshmallow! The matcha green tea cookie had a great texture and a slight bitter taste with the matcha (which we enjoyed). The plum jelly and dark chocolate truffle were exactly as described and also tasty! So hard to pick a favourite... but one of us enjoyed the apple tart over the rest 😉

This restaurant is truly a new hidden gem in Richmond and if you have the chance to experience it, we highly recommend it! Do a date night as we did, or bring a few friends. The selection of whiskies may look intimidating, but the staff are friendly and will find the perfect drink for you. 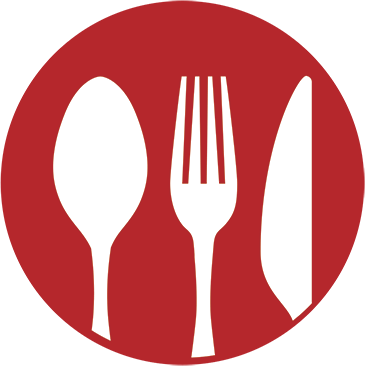 Here at GreatMeals.ca our passion is cooking amazing meals you can do at home. Join us on our food adventure as we chronicle our meals at home and around town!

Stay Up To Date With Our Latest Recipes

This website uses cookies to improve your experience.
Cookies are used by this website and third parties to enhance your user experience, personalise content and ads, provide social media features, and analyse our traffic. You can consent to the use of such technologies by closing this notice, by interacting with any link or button outside of this notice or by continuing to browse otherwise.
Accept For more information on how cookies are used on this site, please view our privacy policy by clicking here.